Reliable Enabler: Be It Day or Night

Energetic, seasoned, and in the pink of health, Mr Neo Cheng Tee, a transport veteran who is 65 years old today, expects himself to carry on driving and operating the lorry crane until he is 70 years old, or as long as he is fit to continue working. He has been transporting goods for over 40 years, with 38 years of his career spent in the Bok Seng Logistics as a transport and lorry crane specialist.

Having secured his class 4 and 5 driving licences since the 1970s, his career with Bok Seng started in 1983 where he hauled and moved soil via a dumping trailer for the construction arm of Bok Seng. Four years later, he joined the logistics arm and started his journey in handling lorry cranes. While Bok Seng is well-known for its lifting capabilities with hydraulic cranes that can lift huge objects up to 750 tonnes, Mr Neo started off mastering smaller lorry crane versions that could take 3.5 to 5 tonnes, and later moved on to handle heavier ones that could lift up to 30 tonnes.

10 years ago, technologies of lorry cranes started evolving. In his 50s, he learnt how to operate the upgraded lorry crane that functions with a more accessible remote control today instead of having to sit in the traditional operator’s cabin that requires one to operate levers. This not only helped to simplify his job, but also helps in bringing higher accuracy and effectiveness when lifting the cargoes.

When asked what motivates him to be in logistics, Mr Neo said one must definitely have the interest. “I’ve always wanted to be a cargo delivery specialist since young, so when I finally got a chance to start my trucking career, I never expected to continue this route for life,” he added.

What interests him too is the exposure he gets from being in the logistics industry. He gets to witness and experience, first hand, sites and products that the man on the street would not have privy to. This includes going into airports and army camps, transporting sensitive and specialised defence products with police escorts riding alongside, among many other memorable experiences.

Mr Neo’s career as a lorry crane specialist also gave him the exposure of night operations. Many of the project logistics missions that he supports operate in the wee hours of the morning such as public transport infrastructural works, that requires an urgency to be completed before the sun rises. In his younger days, he took on projects that lasted from dusk to dawn, and sometimes when unresolved, these projects can go on for more than 24 hours. Despite such high pressures to complete projects, he recounted that he had never thought of giving up once in the face of challenges, and positively explained that patience and problem-solving skills are what it takes for logisticians to do and complete their job successfully.

He prides himself in being able to manage and deliver products such as industrial equipment that cost millions of dollars safely and smoothly. “Every part of our job and operations requires safety know-how and for us to be extremely careful. If a problem can be resolved with money, that’s not a big problem and its always better to be safe first, than to risk it to save cost,” Mr Neo said.

When we do say logistics is a 24/7 service, Mr Neo’s story best exemplifies this commitment that the industry has, to fulfil the everyday and everchanging needs of the community and the world. 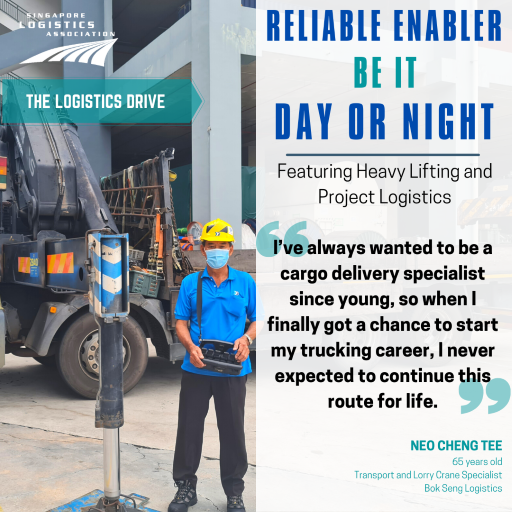 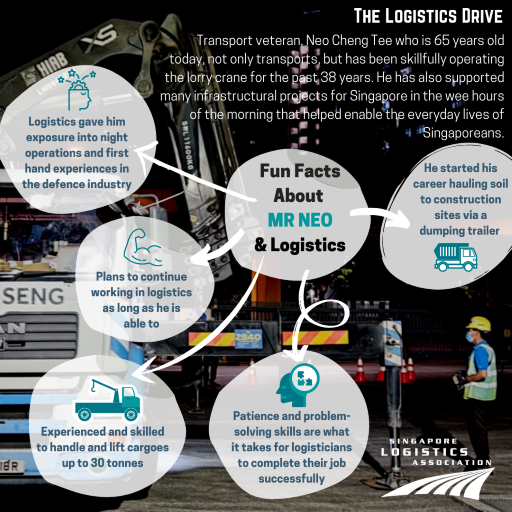 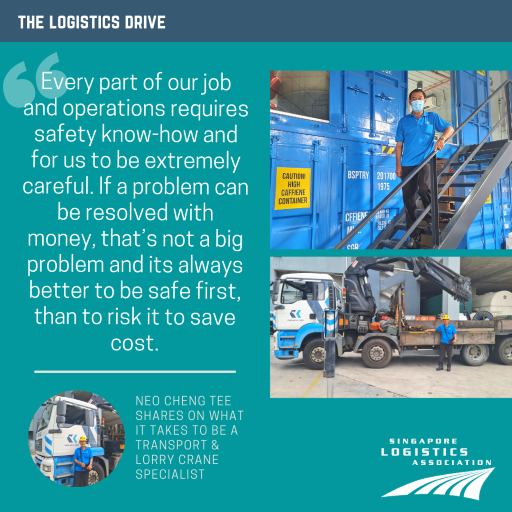 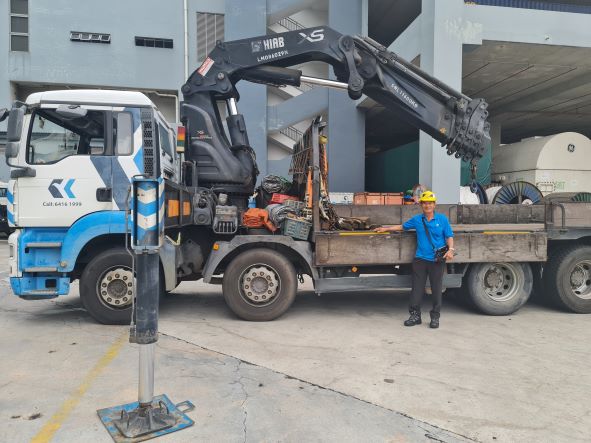